SCPA Pickleball Complex in Griffin-Spalding County, Georgia, is Second Largest in Southeast U.S. and Acclaimed as one of the Finest in the Nation

Pickleball is one of the fastest growing sports in the country, with over 2.8 million reported pickleball players in the U.S in 2017, an increase of 12.3% over the prior year. Pickleball is a cross between tennis, badminton, and ping-pong. The game is played on a court smaller than a tennis court, with a net that is slightly lower. Players (singles or doubles) use ping-pong like paddles to hit the pickleball, a small plastic ball with holes much like a wiffle ball. Pickleball tournaments and associations are expanding rapidly, with nearly 6,000 places to play and 21,000 courts, as reported by the USA Pickleball Association. Country clubs and recreational facilities, as well as active lifestyle retirement communities, are building pickleball courts, or modifying existing tennis courts to get in on this fast-growing sport.

OrthoAtlanta physicians and staff bring a commitment to our current pickleball initiatives, and a vision for safe and healthy pickleball throughout Georgia.

“Pickleball is fast and fun while providing a great way to build strength in the shoulders, legs, knees, back, and spine,” said Todd A. Schmidt, MD, OrthoAtlanta orthopedic surgeon, and an early pickleball enthusiast. Sharing in Dr. Schmidt’s excitement for the sport is Michael J. Behr, MD, OrthoAtlanta Medical Director. “The court may be smaller, and the net a bit lower, but pickleball provides excellent aerobic exercise, and the competition can be just as fierce as tennis!” cited Dr. Behr after observing the action at the recent SSIPA East Championships, a 3-day tournament with 268 participants from 22 states.

About OrthoAtlanta
OrthoAtlanta is one of the largest physician-owned orthopedic and sports medicine practices in the greater Atlanta, Georgia area providing an integrated approach to musculoskeletal care. With 39 physicians serving in 14 offices, and 450 employees, the practice is dedicated to providing the highest level of patient care for an injury or deformity of muscles, joints, bones, and spine.

​About Spalding County Pickleball Association
The Spalding County Pickleball Association, Inc. (SCPA) is a not-for-profit 501(c)(3) organization that was created to promote the sport of pickleball for the betterment of their community, the state of Georgia, and the region. We are making a difference in our community improving health and well-being through an active lifestyle, exercise and fitness, and having a positive, genuine economic impact through enhanced sports tourism. We have one of the finest pickleball facilities in the entire nation, and we have already acquired a national reputation for hosting quality tournaments in the South Metro Atlanta area of the State of Georgia, as well as the Southeast Region and the East Coast of the United States. 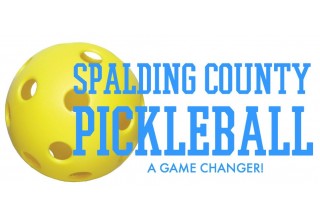 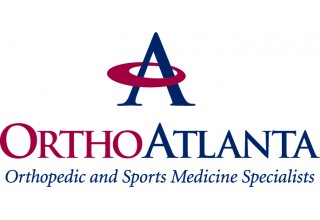 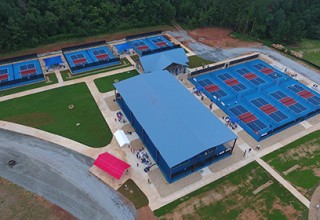